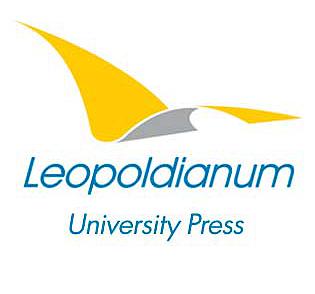 Created on the 20th of August 1987, the Leopoldianum University Press (Editora Universitária Leopoldianum) has grown in importance and earned recognition, especially among the Brazilian academic community. By the first semester of 2012, over 145 books and academic/scientific journals had been published.

The areas involved include Communication and Arts, Management and Business, Law and Environment, Education, Health, and Exact Sciences, Humanities, Education, and Management, with emphasis on interdisciplinarity. EDUL has also been publishing e-books since 2010.

Its staff aims to publish reflections and scientific productions by the professionals from the Catholic University of Santos (UniSantos) and from other institutions. They publish and co-publish research produced by professors of the university and other institutions, as well as by undergraduate and postgraduation students, besides projects made by authors from the academic community (14% of the annual output), in order to value our regional culture in a process of academic extension.

Every production is previously evaluated by examiners and the General Editorial Council. Among its strategic policies and guidelines stands out a professionalization process, an increasing market share and a broader dissemination of its active catalogue. It maintains a website of its own and has been entering into partnerships with more and more bookstores.

INTERNATIONAL ACTIVITIES
Leopoldianum has been participating in national and international book fairs such as the International Book Biennials of São Paulo and Rio de Janeiro, in Brazil; Guadalajara, in Mexico; and Frankfurt, Germany, in partnership with an association that it helped found called the Brazilian Association of University Presses (ABEU).

ORIGINS AND HISTORY
The history of EDUL began in August 1974 with the release of the first volume of Leopoldianum Journal of Studies and Communication, the first university publication of its kind in Santos.

This publication, with uninterrupted issues since its origin, is currently classified as “B4” in Interdisciplinarity, “B5” in Education, Psychology and Administration, Accounting Sciences and Tourism and “C” in Architecture and Urbanism, Biological Sciences I, Law, Zootechnics/Fishing Resources (according to the classification index of journals from Brazil’s Ministry of Education – Qualis/Capes).

The name Leopoldianum was inspired by the Viscount of St. Leopold. Born in Santos, he served as a minister of the Brazilian First Kingdom, during the reign of D. Pedro I, in the nineteenth century, and lends his name to the Board of Trustees of the University.

Last but not least, on the internationalization path of higher education institutions, EDUL is strengthening ties with similar publishers in Latin American countries, Europe, Canada and China, seeking co-publications and translations.